Looking for a Fresh Start?

Fritzie Can Help You Move Forward 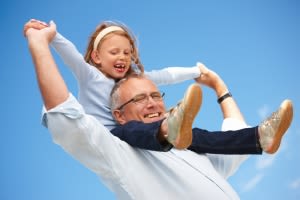 Are you a parent who is fighting for custody of your children? A custody battle can be filled with emotion from both sides and can sometimes spill over into the lives of the children who are caught in the middle. To ensure a smooth custody settlement, it is important that you contact a Pasadena divorce attorney who is familiar with all laws governing child custody in the state of California.

There are various different forms of custody that could be awarded to you and the process of securing the best one for your needs can be tricky. Are you the fit parent? Do you have a higher income? Does your home provide a more stable environment for raising children? Are you the mother or paternal father? All of these questions will determine the outcome of your child custody case.

How is Child Custody Determined in California?

The days where custody was simply awarded to the mother based on her gender role are long gone. Today fathers have the same legal rights to custody and visitation that mothers do and the court is not allowed to show preference to one over the other. The issue of child custody is not one that is taken lightly by the court- they will take time to consider all the factors in order to rule in the child's best interest. When determining whether or not to award joint custody or sole custody, the court will take the following into consideration:

Ultimately California family courts prefer to award joint custody whenever possible so that the child can continue to have a meaningful relationship with both parents. If you and your former spouse are able to agree on a custody arrangement, then this issue can be resolved with minimal court involvement. However, if you and the other parent are not able to agree on the issue of custody, then it will be up to the court to decide.

Provide the Best for Your Child
CALL NOW FOR HELP

A judge may grant one or both parents different forms of custody for their children. Each form of custody has particular rules and regulations involved with it and denying or violating any of the terms can lead to consequences.

Looking for an attorney for a child custody case in Pasadena? If you are looking for legal assistance with a custody battle, maintaining custody or being granted visitation rights, it is important you contact an attorney today. With matters involving child custody, the future of your child is on the line.

We want to help you keep your children close and we will do whatever it takes to help you reach a favorable outcome in your child custody case. The Law Office of Fritzie Galliani, APC are experienced in family law and will work hard to maintain your parental rights.